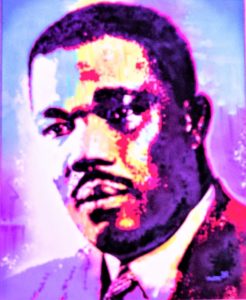 The Republic of Haiti honored Senator Saint-Lôt, on the occasion of the 70th anniversary of the Universal Declaration of Human Rights, on December 10, 2018.  The ceremony was held at  l’amphithéâtre du ciné Triomphe in Port-au-Prince, Haiti.

Head of State Haiti President Jovenel Moïse presented a speech in honor of Sentor Emile Saint-Lôt with a theme that encouraged the reflection and respect for the human rights of all citizens.  Attendees included the President, Prime Minister, President of the Senate, the entire Ministerial Cabinet, United Nations and Consular Corps.

Family members of  Senator Emile Saint-Lôt were recognized and presented with a plaque.   Mr. Jean St.Lot-Gervais, Le Flambeau Foundation president and son of Senator Emile Saint-Lôt, was unable to attend in Haiti yet he was present in spirit as he spearheaded an educational program for youth in Miami celebrating these same achievements, held at the same time as the ceremony in Haiti. 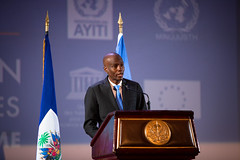 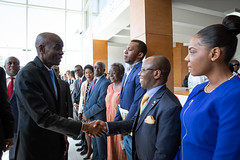 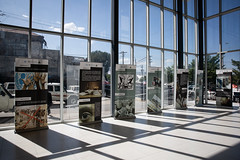 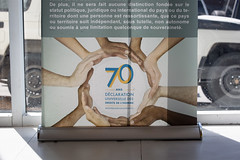 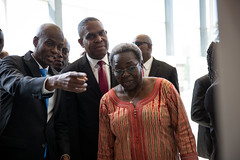 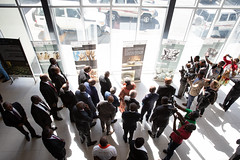 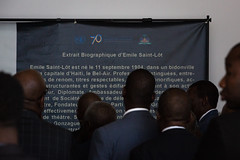 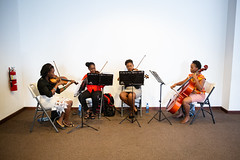 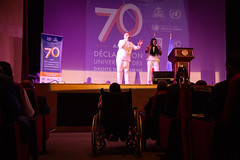 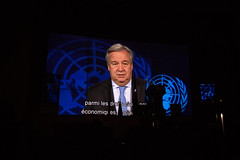 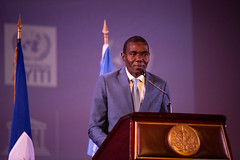 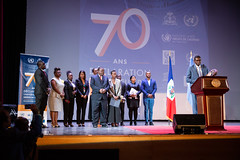 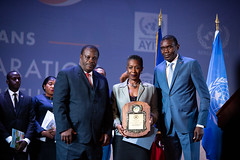 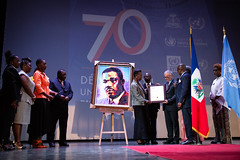