Business Is Booming For Tennis Ace Naomi Osaka, On Track To Be The Highest-Paid Female Athlete 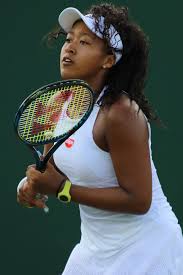 Naomi Osaka burst on the scene 12 months ago with a memorable run to the U.S. Open title. She added a second straight Grand Slam four months later at the Australian Open, securing the crown of the world’s No. 1 player at 21 years old. Osaka made history with the Aussie win as the first singles player from Asia, male or female, to reach the top spot in the rankings.

But staying at the top presents a new set of challenges when off-court opportunities abound and every player is gunning for you. For some guidance on navigating this tricky course, Osaka recently turned to an athlete who stayed at the pinnacle of his sport for two decades.

“Night after night, people would try to knock Kobe down, but he was so consistently great. That’s what I’m trying to learn from him,” Osaka says via e-mail about the 18-time NBA All-Star and five-time champion Kobe Bryant, who, like Osaka, falls under the Endeavor agency umbrella.