Haiti is the birthplace of a rich literary heritage that deserves more attention. Often painted in mainstream media as a country plagued by difficulties, Haitian entrepreneurs, artists and innovators are rewriting that narrative. The struggles that Haiti has faced do not overshadow its rich culture and history or the vibrant spirit of its people. Haitian literature reveals a more complete story of a nation, one that focuses on the beauty and resiliency of the island’s landscape and citizens. Reading the works of Haitian authors opens a window into this Caribbean nation’s vibrant culture and tumultuous history.

I asked a range of experts for their recommendations and selected some of the most powerful and important works by Haitian authors. There are many fantastic novels written about Haiti by non-Haitians, such as Allende’s Island Beneath the Sea and Greene’s The Comedians. The classic book on Toussaint L’Ouverture and the Haitian revolution, Trinidadian C.L.R. James’ The Black Jacobins, is also recognized as a must-read for anyone interested in Haitian history. However, the focus here is not on works written about the country from an outsider’s perspective. Instead, it is on books that reveal the nuances of Haitian culture and history through the stories of those shaped by it.

This is not intended to be a comprehensive list of the most significant works produced by Haitian authors. This list represents a diverse sample of the Haitian experience, providing readers with insights into the historical, cultural and literary landscapes of the island nation and its diaspora. Exploring the themes, contexts and perspectives offered in these works gives a glimpse into Haitian culture from the inside, through the eyes and words of those who are an integral part of both experiencing and reshaping Haiti’s prevailing narrative.

A growing need to interest in Haitian literature has led to an increasing number of English language translations of classic and contemporary works. All of the titles on this list have been translated into English. 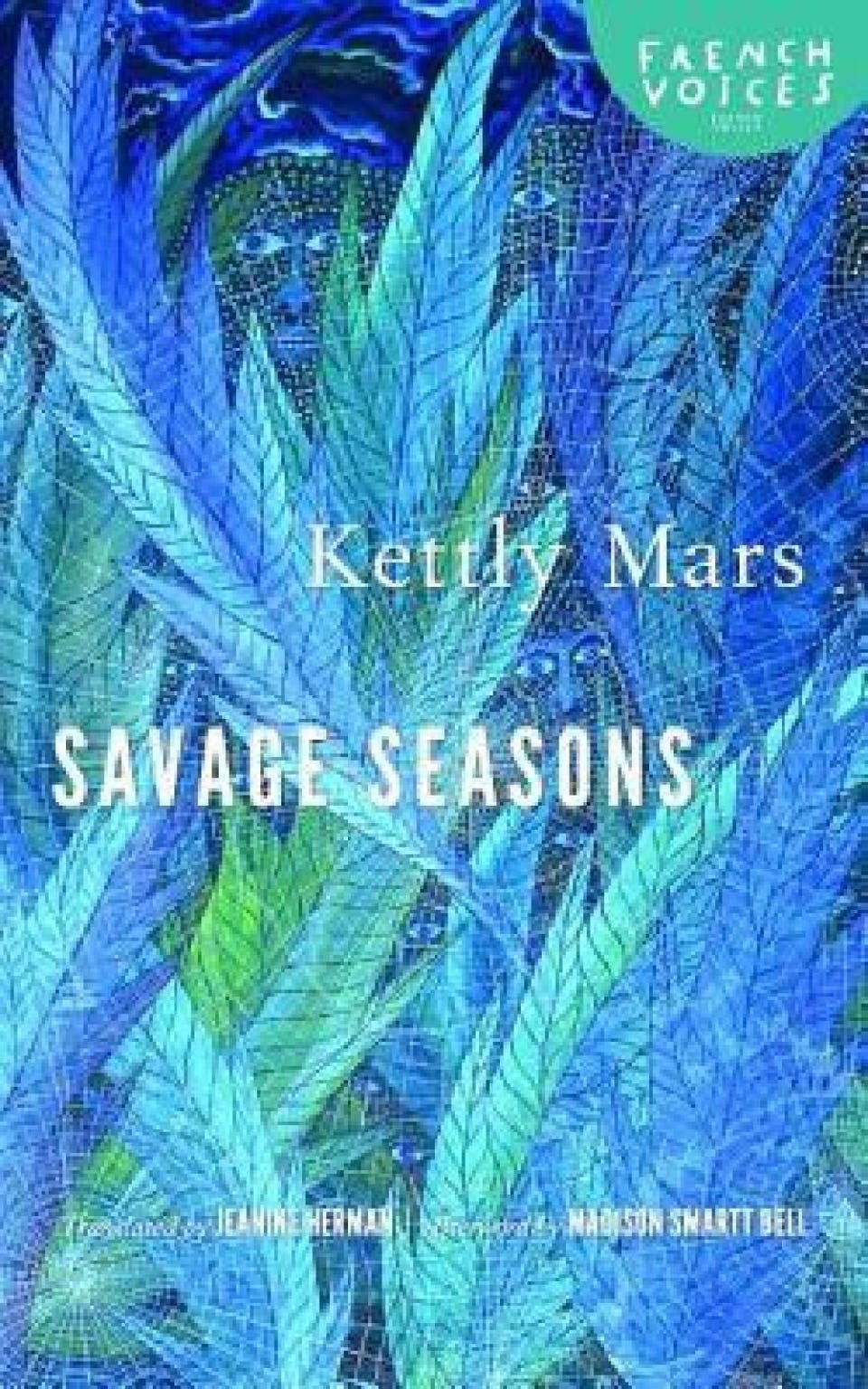 Savage Seasons weaves the personal struggles of a family into the collective experience of living under a violent political regime, offering a powerful look at a difficult and pivotal period of Haitian history. With its symbolic relationship between the book’s characters and the dictatorial regime of Jean-Claude “Baby Doc” Duvalier, Mars’ work delves into the intersection of Haitian memory and history. Utilizing a complex narrative structure, Mars’ fictional work explores the cyclical aspects of Haitian history and “clears a path of new ways of writing and reading about Haiti.”

Born in Port-au-Prince and raised in a middle-class family, Mars didn’t begin writing until she reached her mid-30s. Initially writing only on a part-time basis as the other obligations in her life permitted, Mars experienced a call to follow her passion to write full-time after the earthquake of 2010. One of the most active contemporary Haitian writers, Mars’ collective works include collections of poems, short stories and young adult novels.

It is my right not to be reduced to silence by the past … Haiti needs her writers. -Kettly Mars 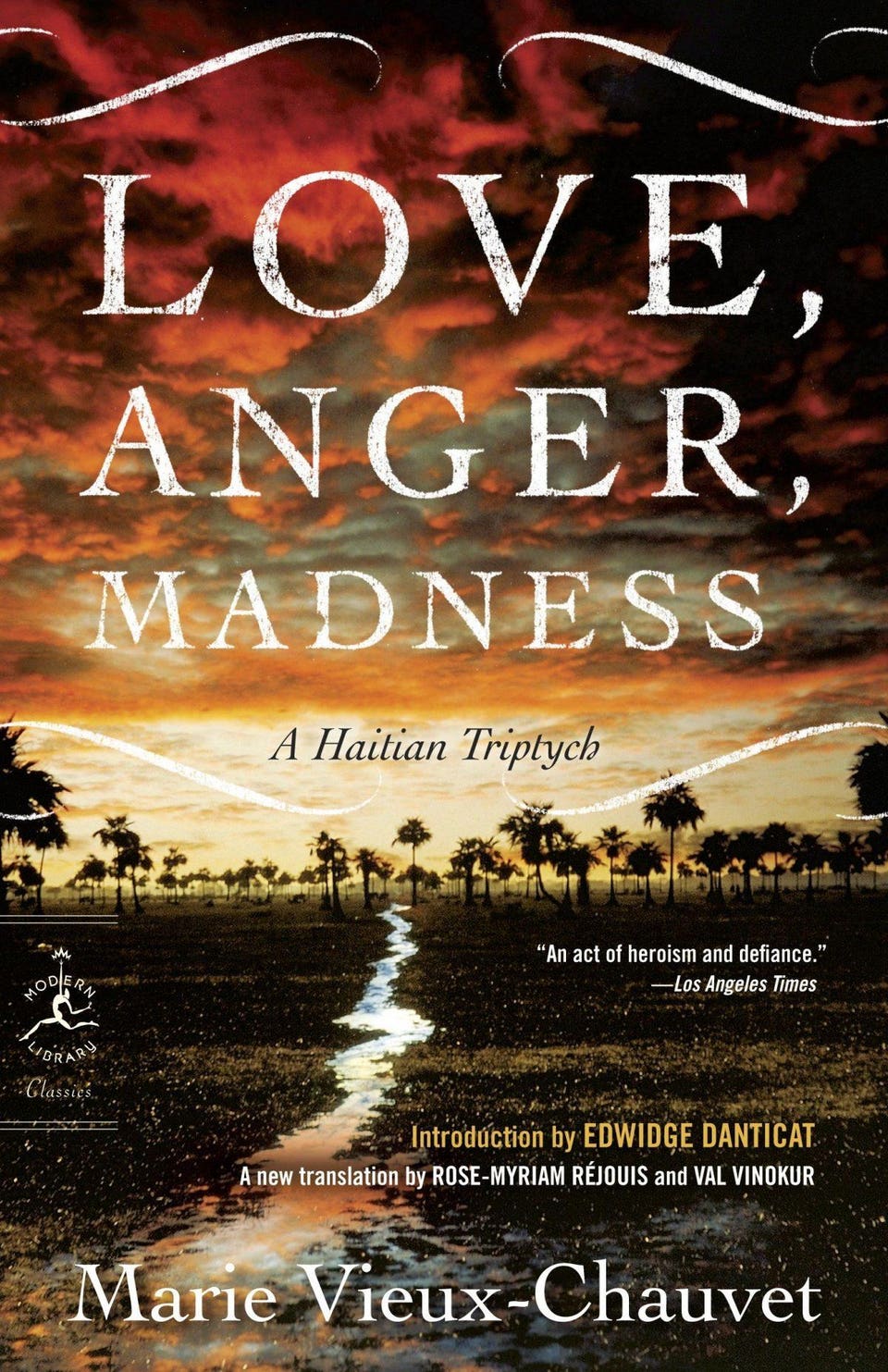 Immediately suppressed after its publication, Love, Anger, Madness represents a critical commentary on Haiti’s social and political landscape during the 1960s, particularly that of the Duvalier regime. The trilogy consists of three thematically connected novellas that explore the power of fear as a force of social destruction. While there is no continuity of plot or common characters in the three narratives, they share a tone and theme in examining the reaction to the experience of oppression through the lens of people in different class groups. Fearing reprisal because of its criticism of Duvalier, the trilogy was withdrawn from publication and Vieux-Chauvet’s family acquired all available copies. The book remained suppressed and was considered lost until its re-issue in 2005.

Vieux-Chauvet was born in Port-au-Prince and began writing during childhood, creating plays for her family. The works that she created throughout her life leave her recognized as a seminal Haitian novelist and playwright. Vieux-Chauvet was forced into exile after the publication of Love, Anger, Madness and lived in the United States until her death in 1973.

Freedom is an inmost power. That is why society limits it. -Love, Anger, Madness 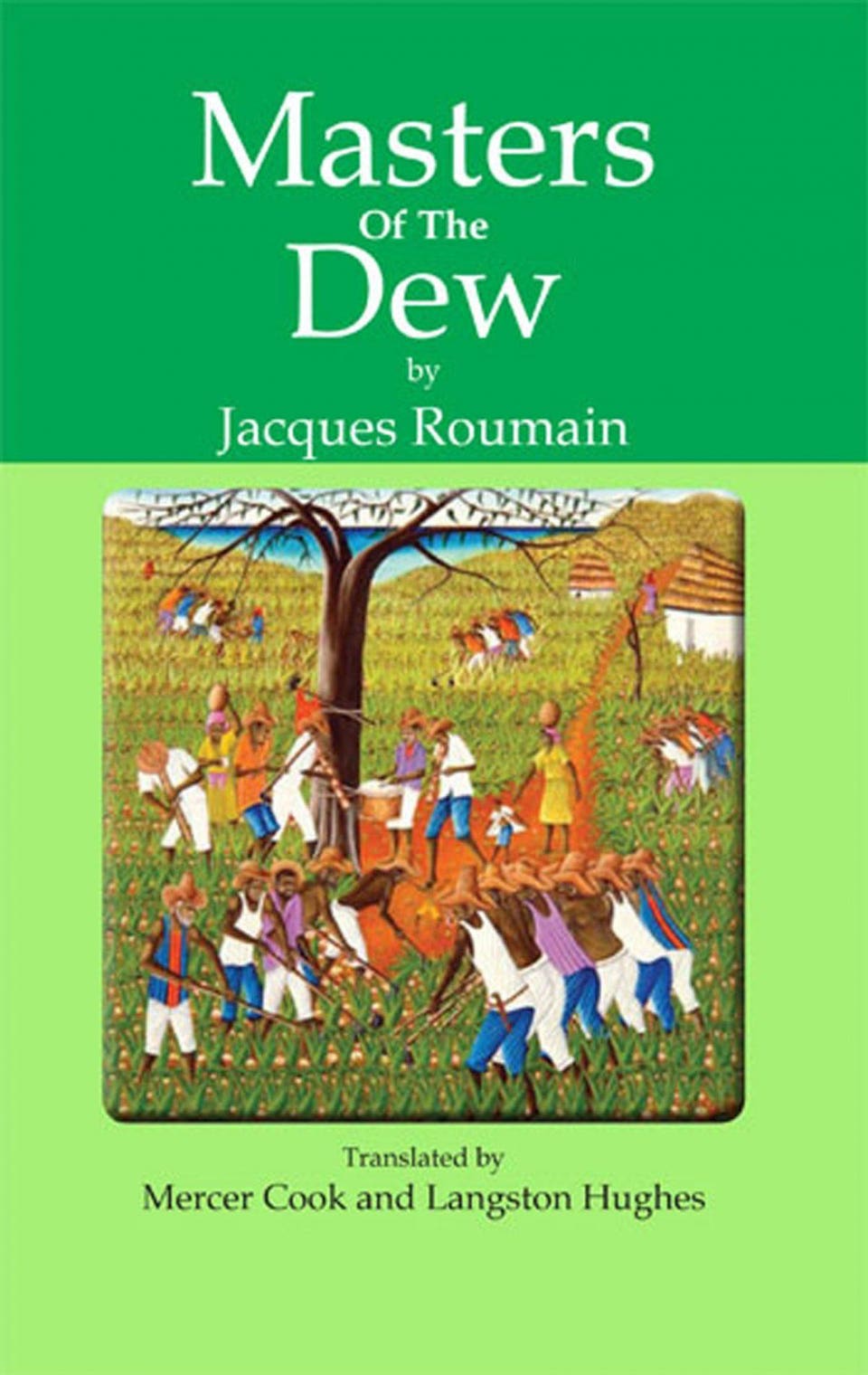 A classic socialist realist novel and cornerstone work in Haitian literature, Masters of the Dew tells the story of a young Haitian man’s determination to awaken a spirit of resistance and rebellion in his impoverished community. Published in 1944, this political fable offers an authentic look at the harsh lives of peasant farmers struggling in a beautiful and unforgiving environment. Emotionally moving and ideologically compelling, Roumain’s work is a timeless story of determination, hope and redemption.

Roumain was a prominent Haitian writer, political activist and advocate of Marxist communism. Born in Port-au-Prince to a wealthy family and traveling abroad in his youth, Roumain returned to Haiti as a young adult and became actively involved in the resistance movement against the U.S. occupation. A founder of the Haitian Communist Party and known for his activism and strong voice in expressing the frustration and rage of an oppressed people, Roumain remains one of the most prominent figures in Haitian literature.

Misfortune is never invited. And it comes and sits at the table without permission and it eats, leaving nothing but bones. – Masters of the Dew 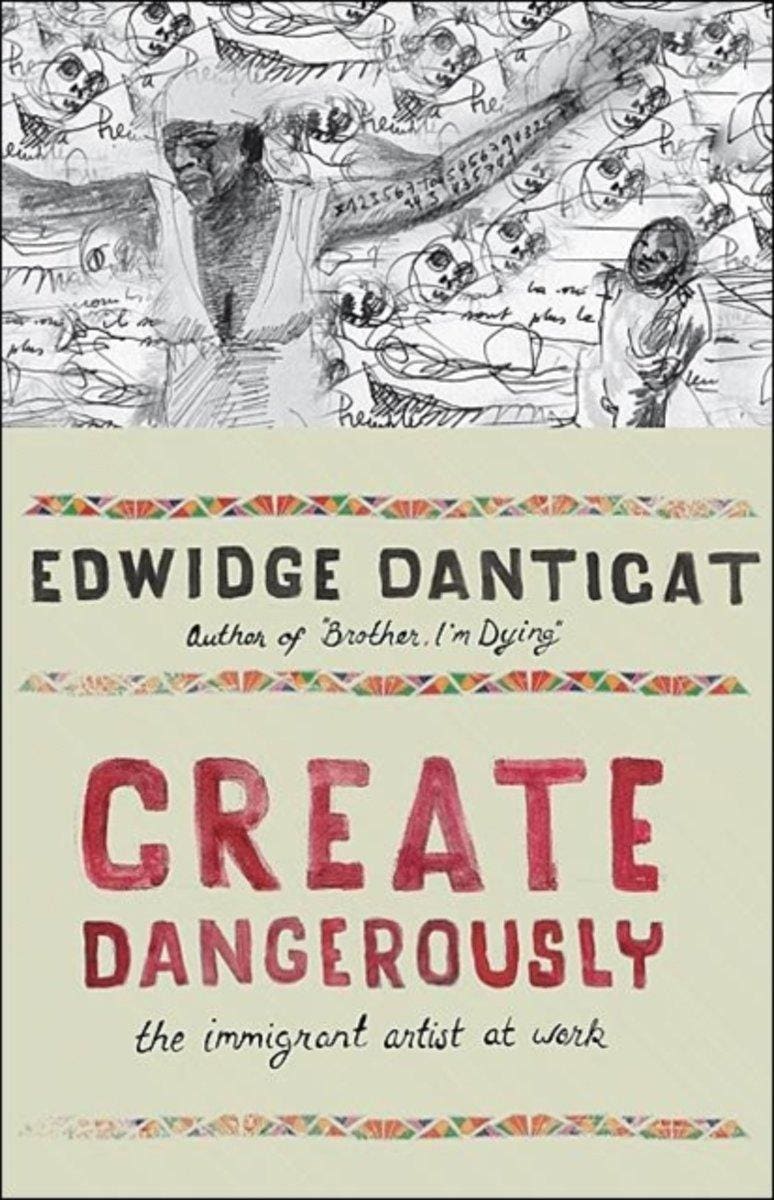 Create Dangerously examines what it means to be an immigrant artist from a country of origin that suffers from violence, oppression and poverty. Danticat’s collection of memoirs and essays tells the stories of Haitian diaspora artists and how the tragic circumstances in their homeland inspire and inform their creative drives and efforts. Recognized as being a deeply personal book to the celebrated Haitian-American writer, Create Dangerously reflects on art and exile and explores the implications and consequences of banishment, emigration and return. In the telling of these stories, Danticat “has wound the fabric of Haitian life into her work and made it accessible to a wide audience of Americans and other outsiders.”

Danticat was born in Haiti and immigrated to the U.S. at the age of 12. In her award-winning collection of fiction, non-fiction and young adult books, she references Haitian and Caribbean literary history as she explores themes of power, injustice, poverty and the immigrant experience. Danticat is a prolific author with a full catalog of books that are worth reading. Her works have earned both popular and critical acclaim and led her to be one of the most internationally successful Haitian diaspora authors.

I think it’s hard for an outsider to capture the flavor of a community and all its nuances, so ultimately Haitian-Americans need to start sharing intimate accounts of their stories.-Edwidge Danticat

To read the rest of the article (click here).